A La Niña weather pattern is expected to develop in the Northern Hemisphere during the summer of 2016, with a 75 percent chance of occurrence during the fall and winter of 2016 and 2017 according to the International Research Institute for Climate and Society.

Inflation in Indonesia: Rising Pressures Due to La Nina?

Just like El Nino-inflicted droughts disturb agricultural output, La Nina-inflicted heavy and prolonged rainfall also disrupts harvests (due to floods or landslides). Analysts claim that there exists a 75 percent chance of La Nina making her presence felt in the second half of 2016. 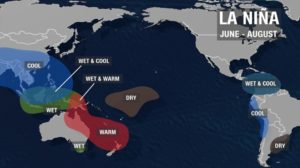 So now that El Niño has definitely dissipated, is it finally time for us to breathe a sigh of relief and celebrate the fact it won’t be back for another two to seven years?
Maybe not. 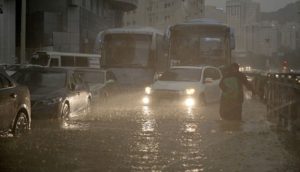 “High precipitation commonly occurs in several regions, which potentially cause landslides or even tornadoes.” The unusual precipitation is a part of the La Nina phenomenon, which was predicted to occur starting from June to September 2016. The climate change with low to moderate intensities is caused by the Negative Dipole Mode phenomenon. 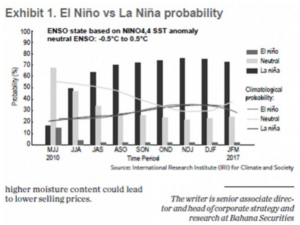