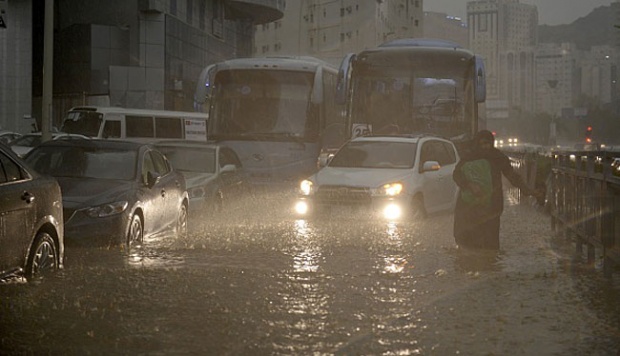 TEMPO.CO, Jakarta – The National Disaster Mitigation Agency (BNPB) has called on public to be wary of unusual precipitation in this year’s dry season in July, August and September.

Regions to be affected by the unusual precipitation are the western part of North Sumatera, the western part of West Sumatera, South Sumatera, Lampung, West part of Java, Kalimantan, Sulawesi and Papua. Sutopo hopes that the governments, both central and regional, will intensify coordination to prevent negative impacts caused by flooding and landslides.

The unusual precipitation is a part of the La Nina phenomenon, which was predicted to occur starting from June to September 2016. The climate change with low to moderate intensities is caused by the Negative Dipole Mode phenomenon.

La Nina occurred when the temperature of the ocean surface in the western part of West Sumatera is warmer than that in east coast of Africa.

According to Sutopo, La Nina can have positive and negative impacts. The good thing about La Nina is that this year’s land fires will not be as severe as that in 2015. Sutopo revealed that the BNPB has prepared two helicopters and two air tractor planes for water bombing in Pekanbaru since April 2016.

“The helicopters and airplanes extinguish fires almost every day in Riau,” Sutopo explained.

On the other hand, La Nina can increase the potential of flooding, landslides and tornadoes. However, the frequency of disasters and the death toll in 2016 were lower than those in 2015.