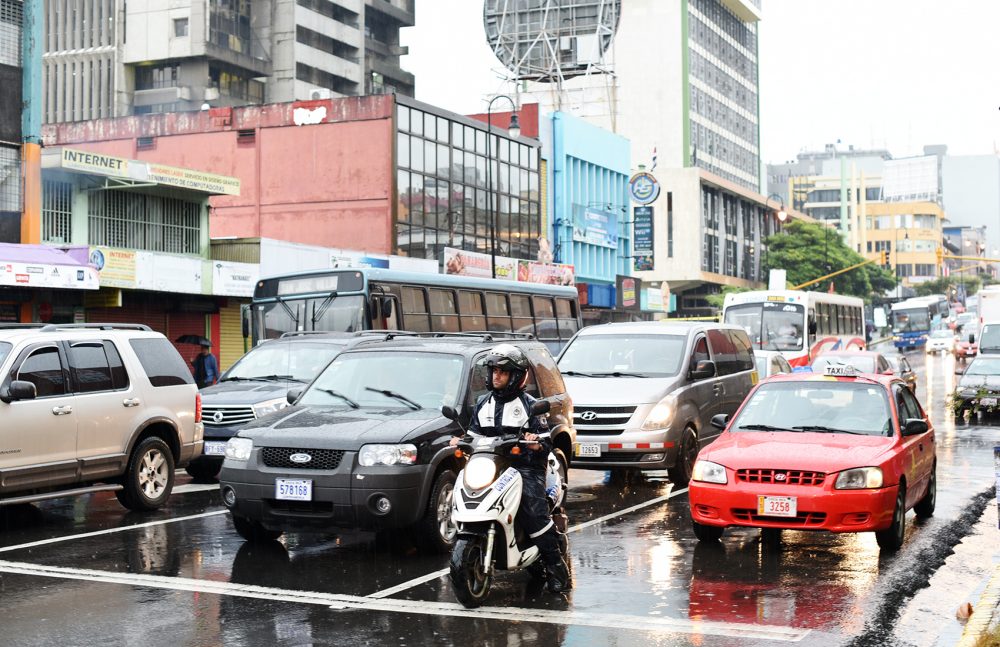 Rainfall in the capital San José in August was 72 percent lower than the historical average for that month in 2016, the IMN reported. Alberto Font/The Tico Times

During August of 2016, the Central Valley, Northern Zone and central Caribbean have received 37 to 72 percent less rain than normal, IMN’s Meteorologist Luis Fernando Alvarado said. The driest places were the capital San José, the northwestern province of Guanacaste and the northern Alajuela cantons of Upala, Los Chiles and Guatuso.

Accumulated rainfall in all other regions of the country was within the expected ranges, Alvarado said.

An IMN report in June predicted that La Niña would likely cause an increase in rains starting in July, by some 30 percent overall and up to 70 percent in Guanacaste, with above-average rainfall along the Pacific coast and in the Central Valley.

Now, forecasters think La Niña will develop and strengthen in the coming months, though the weather phenomenon will likely be shorter and less intense than expected.