La Nina Could Cause Further Drought in Horn of Africa 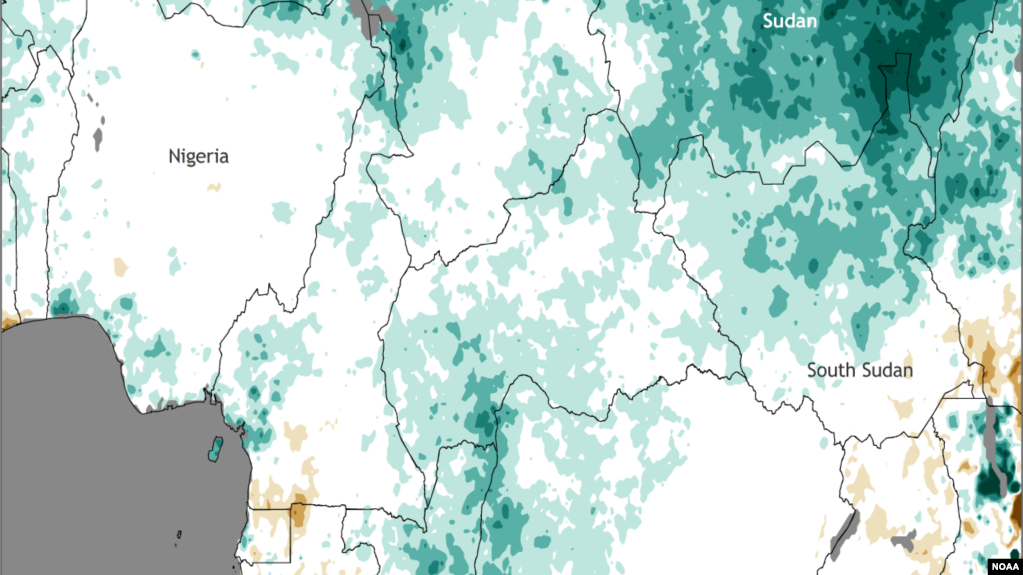 Scientists are warning that the Horn of Africa may have to endure another dry season and more food insecurity because of weather patterns in the Pacific Ocean.

In mid-August, water temperatures in the east central Pacific began to dip below average, increasing the chances that the weather phenomenon known as La Nina could develop in the Northern Hemisphere.

Climatologists who met in Washington earlier this month say for the Horn of Africa, there is a 55 to 60 percent chance that rainfall in October, November, and December will be negatively affected.

The region suffered below average rainfall during the last three months of 2016 and again in March, April and May of 2017, reducing crop production. The resulting food shortage and a rise in prices left some 18 million people across Ethiopia, Somalia, and Kenya in a situation of “acute food insecurity,” according to the U.S. Agency for International Development.

“We are all concerned that the combination of La Nina conditions in the eastern Pacific and warm conditions in the western Pacific could result in yet another poor rain season in the areas that have already food insecurity — eastern Ethiopia and Somalia, in particular, and probably eastern Kenya,” said Chris Funk, research director of the Climate Hazards Group, an organization that tracks weather patterns and food production throughout the world in an interview with VOA’s Horn of Africa service..

If that happens, he said the region will have gone without good rains for more than 18 months.

“If we had a third drought, that would actually make things potentially worse than what we experienced in 2011 and 2012,” he said.

That drought, one of the worst in recent African history, killed an estimated 260,000 people in the Horn.

“There is kind of a flip between those two,” Funk said.