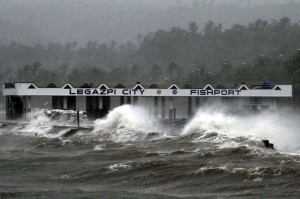 High waves brought about by strong winds pound a fish port, hours before typhoon Ruby passes near the city of Legazpi on Sunday. Ruby tore apart homes and sent waves crashing through coastal communities across central Philippines, adding to the spate of deadly disasters. (MNS photo) 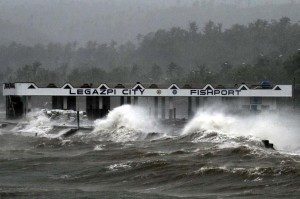