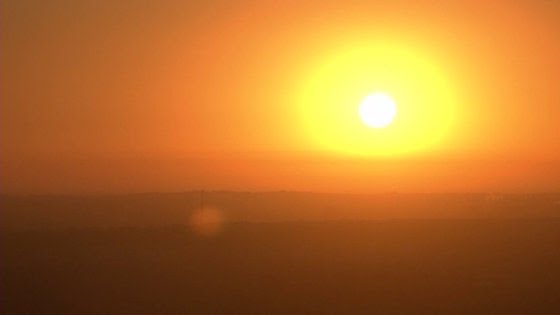 The summer of temperature extremes just keeps going, with record heat waves this month on all four continents that occupy the non-tropical Northern Hemisphere where it is now summer.

On Monday, Japan recorded a temperature never before reached on the island nation since reliable records began in the 1800s.

Kumagaya, a city only 40 miles from Tokyo, hit 41.1 degrees Celsius (106 degrees Fahrenheit) in the midst of a multiweek heat wave that has killed at least 44 people.

The extreme temperatures are also affecting other countries in East Asia: South and North Korea have set heat records with temperatures climbing near 40 C (104 F).

It is these types of heat waves that scientists have been warning would be a consequence of warming the planet through greenhouse gas emissions.

“The impacts of climate change are no longer subtle,” said Michael Mann, a climate scientist and director of the Earth System Science Center at Penn State University.

“We are seeing them play out in real time in the form of unprecedented heat waves, floods, droughts and wildfires. And we’ve seen them all this summer,” he said.

Temperatures soar in Europe and Arctic

Much of Europe has been baking under a massive high-pressure ridge that is allowing tropical heat to climb all the way to the Arctic and blocking cooling rainfalls from ending the stretch of hot weather.

Temperatures above 32 C extended to the northern reaches of Scandinavia, setting records in Sweden, Finland and Norway for stations above the Arctic Circle.

The result has been a string of unprecedented wildfires in Sweden that have prompted the country to request assistance from other nations such as Italy, with more resources to fight wildfires.

The United Kingdom is off to its driest start to a summer, according to the Met Office, and it has been one of the hottest on record, coming in just 0.1 C behind the average temperature during the hottest summer on record in the UK, which averaged 21 C in 1976.

The heat wave is ongoing, with a “level three heat-health watch” issued for much of south and east England through this week as temperatures will climb in to the 30s Celsius through Friday.

In Northern Africa’s Sahara Desert, certainly no stranger to sweltering temperatures, a record high was recorded July 5 in Ouargla, Algeria. The mark of 51.3 C (124 F) is the highest temperature ever reliably recorded on the African continent, according to the World Meteorological Organization.

This month, a brutal heat wave also struck Canada, which saw temperatures peak in Montreal on July 2 with a record of 36.6 C (98 F). There were at least 70 heat-related deaths across the province of Quebec; CNN’s news partner CBC reported that the number of deaths overwhelmed Montreal’s morgue.

In the United States, July heat waves have stretched from the highly populated Northeast to the desert Southwest.

An exceptional stretch of heat in Dallas-Fort Worth has brought four consecutive days with record highs, hitting 108 or 109 F each day (42 to 43 C).

This lopsided tally has become the norm, as climate change has tipped the scales so far in the direction of warmer temperatures.

This is climate change

“But today, climate change is loading the dice against us, making certain types of extremes, such as heat waves and heavy rain events, much more frequent and more intense than they used to be,” Hayhoe said.

Remember the series of brutal nor’easter snowstorms that hit New England during a particularly cold stretch in late winter and early spring? The frequent bouts of snow and ice had many people wondering, “what happened to global warming?”

Well, here it is. And this is what it looks like. Although it will still get cold during the winter and there will be colder-than-normal spells from time to time, the heat will return, and summers are getting hotter.

2018 is the hottest La Niña year on record (the cooling of the ocean waters in the Pacific during La Niña tends to cool the planet), according to the World Meteorological Association, and with La Niña fading away and El Niño (which warms the Pacific Ocean) likely to take its place, things are only going to get hotter.