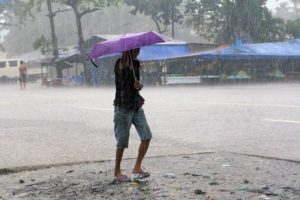 The Philippine Atmospheric, Geophysical and Astronomical Services Administration (PAGASA) warned about the possibility of La Niña occurring in the second half of this year, in the wake of the waning El Niño.

The Philippines should brace for an extremely wet season as the La Niña is expected to bring more typhoons than usual into the Philippines.

The La Niña is a climate pattern associated with the abnormal cooling of surface oceans along the tropical west coast of South America and the rise in sea temperature over the tropical portion of the Pacific Ocean just east of the Philippines.

The pattern is the exact opposite of what happens during El Niño, when the waters surrounding the country are cooler than usual, resulting in fewer rains.

Both phenomena are part of the so-called El Niño Southern Oscillation or ENSO.

“Dahil you have a warmer sea temperature, you have more moisture, more evaporation, more condensation, so we should expect na mas madalas mas maulan dito sa atin because of La Niña,” he said.

He added that the interaction of the easterly winds with the Southwest Monsoon this May may lead to the formation of typhoons.

He added that, under normal conditions, 19-20 typhoons may enter the Philippine Area of Responsibility (PAR) in a year, but only half may be expected to cross the country.

However, PAGASA  already projects 7-12 typhoons entering the PAR in the period of May to October alone.  The La Niña may bring in more in the latter part of the year.

PAGASA likewise expects drought to prevail in some parts of the country until September.

Mang Tani said that the La Niña could last for several months extending through to next year, and that Visayas and Mindanao should brace for intense weather.

Mang Tani said that La Niña doesn’t always come after El Niño. He said it still depends on how strong the event is before it could be predicted if the other event will follow.