BRITAIN is facing the most savage winter freeze for half a decade as climate experts warn a La Nina Pacific Ocean cooling could trigger months of heavy snow and blizzards.

Temperatures plummeted last night as Arctic winds swept the nation amid forecasts freezing conditions will hold out into next spring.

Winter storms will whip up blizzards leaving parts of the country under three feet of snow by Christmas, according to some forecasters.

La Nina is the positive phase of the El Nino Southern Oscillation – which causes ocean temperatures to rise – and is associated with cold winters in northern Europe.

It will be the first time it has happened since 2010 sparking fears Britain will freeze in the most brutal winter for at least five years.

The US Climate Prediction Centre has issued a rare La Nina advisory warning of below-average sea temperatures into next spring. 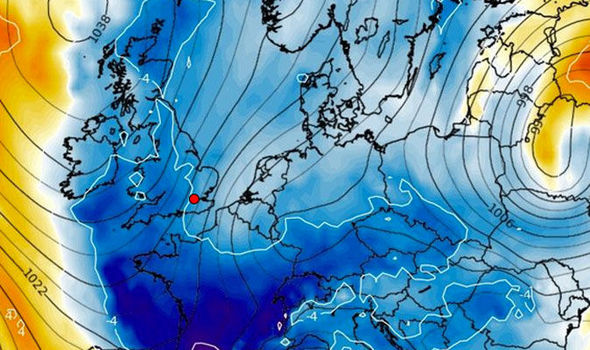 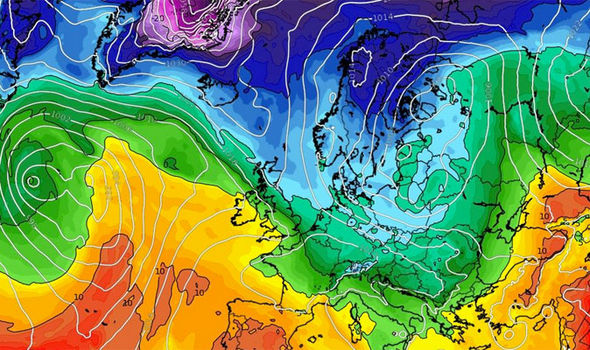 For the UK it means this winter will almost certainly be colder than the past four seasons with heavy snow featuring heavily.A US National Weather Service spokesman said: “During October, weak La Niña conditions emerged as reflected by below-average sea surface temperatures across most of the central and eastern equatorial Pacific Ocean.“The consensus of forecasters is for the event to continue through approximately February to April 2018.

“La Niña conditions are predicted to continue [with a 65 to 75 per cent chance] at least through the Northern Hemisphere winter.”

Temperatures will continue to plummet in the run up to the festive period with widespread wintry showers expected over the coming weeks.

Wet weather sweeping in from the Atlantic will clash with freezing air over the UK triggering heavy snowfall, experts warn.

The past four years have seen Britain beset by winter storms leading to flood misery for thousands over the Christmas period.Low-pressure systems barrelling in from the west have bumped into unusually mild UK weather sparking heavy and persistent rain.Storms will be a threat again this year although rain will instead turn to snow as temperatures plunge towards the end of the year.

Heavy precipitation from the Atlantic will freeze as it reaches Britain leaving the nation left under a thick blanket of white, experts warn.

A repeat of the 2013 Christmas storms, which has been suggested by some experts, could lead to several feet of snow settling in parts. 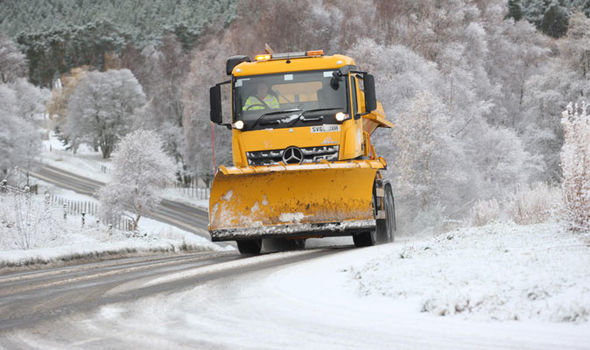 James Madden, forecaster for Exacta Weather, said: “We now expect to move into a period of  more severe and prolonged cold.“During these colder periods there will be an increased risk for some large low pressure systems to hit our shores bringing the risk for significant and widespread snow across swathes of the country as they clash with the colder air.“The real risk will come from the snow amounts that we can expect within this period from the extra moisture.

“If we consider precipitation amounts and flooding  during the previously mild winters and replace this with snow, then on average we can expect 10 to 13 inches of snow for every inch of rain that should have fallen.

“In some circumstances and providing the conditions and temperatures are at an optimum – then we can even expect up to 15 inches of snow for every inch of rain.” 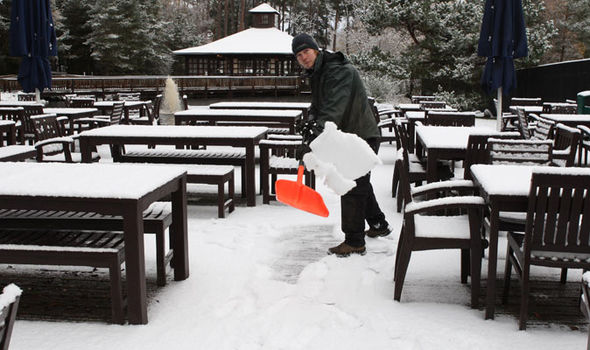 Corbyn, forecaster for WeatherAction, said this with a “displaced Polar Vortex” will bring an unusually harsh winter.The Polar Vortex – a pool of freezing air which covers the Arctic region – will slip southwards over northern Europe, he said.He warned of widespread snow, stormy conditions and blizzards during the second half of November.

He said: “It will start to turn much colder during the second half of November with the risk of snow or blizzards especially further north.

“This will be the pattern into the start of December with bitter winds coming in from the Polar region and heavy snow over higher ground.

“The jet stream is making wild deviations and due to the pressure set up over Scandinavia we are expecting the Polar vortex to shift.

“This will bring very cold conditions across the country.”

As the weather turns colder experts have warned Britain could be facing the harshest winter for five years.

Todd Crawford, chief meteorologist at The Weather Company, said: “We expect the coldest winter in the UK since 2012-13.”

AccuWeather has also warned the UK is in the firing line for another 11 Atlantic Storms before the end of winter.

Forecaster Tyler Roys said: “Our forecast is for 10 to 13 storms to be named by the Met Office this autumn and winter.

“We expect an active storm period until January, with further storms until April.”

Bookmakers Ladbrokes have slashed the odds on the coldest November on record to 7-2 with 3-1 for snow in London next week.

Spokesman Alex Apati said: “Punters backing a bitter winter could soon be onto a winner with icy blasts predicted between now and the end of the month, as the odds continue to fall with the thermometers.”

Climate experts have this week confirmed a La Nina ocean cooling pattern has become established in the eastern Pacific.

Emily Becker, of the National Oceanic and Atmospheric Administration, said: “There’s about a 65 to 75 per cent chance that La Niña conditions will continue at least through the winter.”

“La Niña slightly increases the chance of blocking patterns over the North Atlantic and Europe in late autumn and early winter, leading to increased chances of colder-than-average conditions.”