There is now a 70% chance of an Australian La Niña climate pattern developing during Spring 2016! 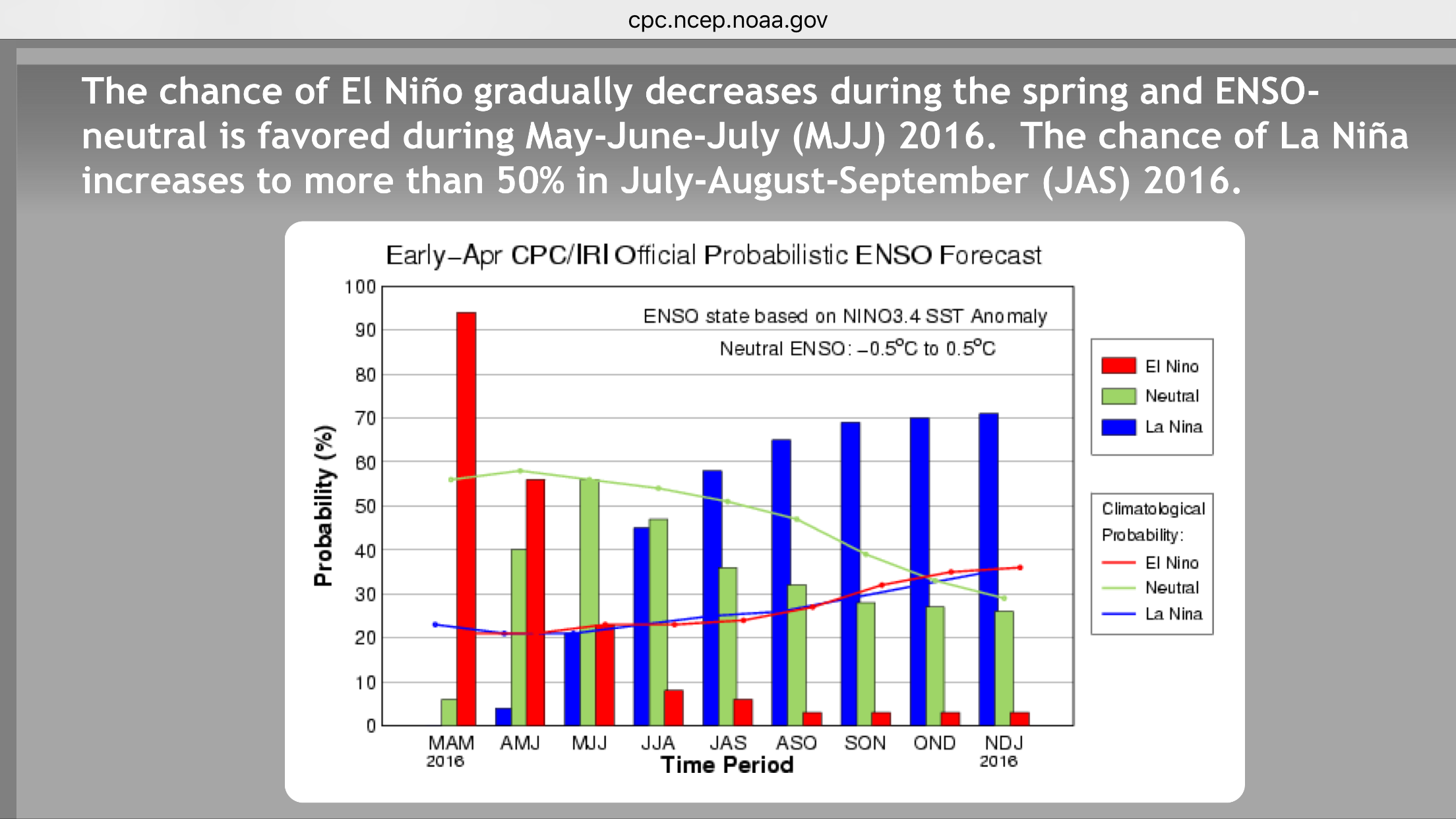 Over the past 12 months Australia has endured a high impact record strength El Niño climate pattern which peaked in November 2015 with large areas suffering a significant reduction in rainfall while the entire country recorded above average temperatures. The good news is the record El Niño climate pattern largely responsible for for the low rainfall and high temperatures is rapidly weakening. Neutral ENSO conditions are confidently forecast by June 2016 with Equatorial Pacific Ocean surface temperatures rapidly cooling.

There is further promising news with a 70% chance of a La Niña climate pattern from October 2016 onwards. Should this be the case, there is a good chance that rainfall in Northern and Eastern Australia will increase through late 2016 into early 2017. Also Western and Southern regions of Australia have a moderate chance of increased above average rainfall through Winter and Spring 2016 dependant on the strength of key climate drivers such as Indian Ocean Dipole and Southern Annular Mode. 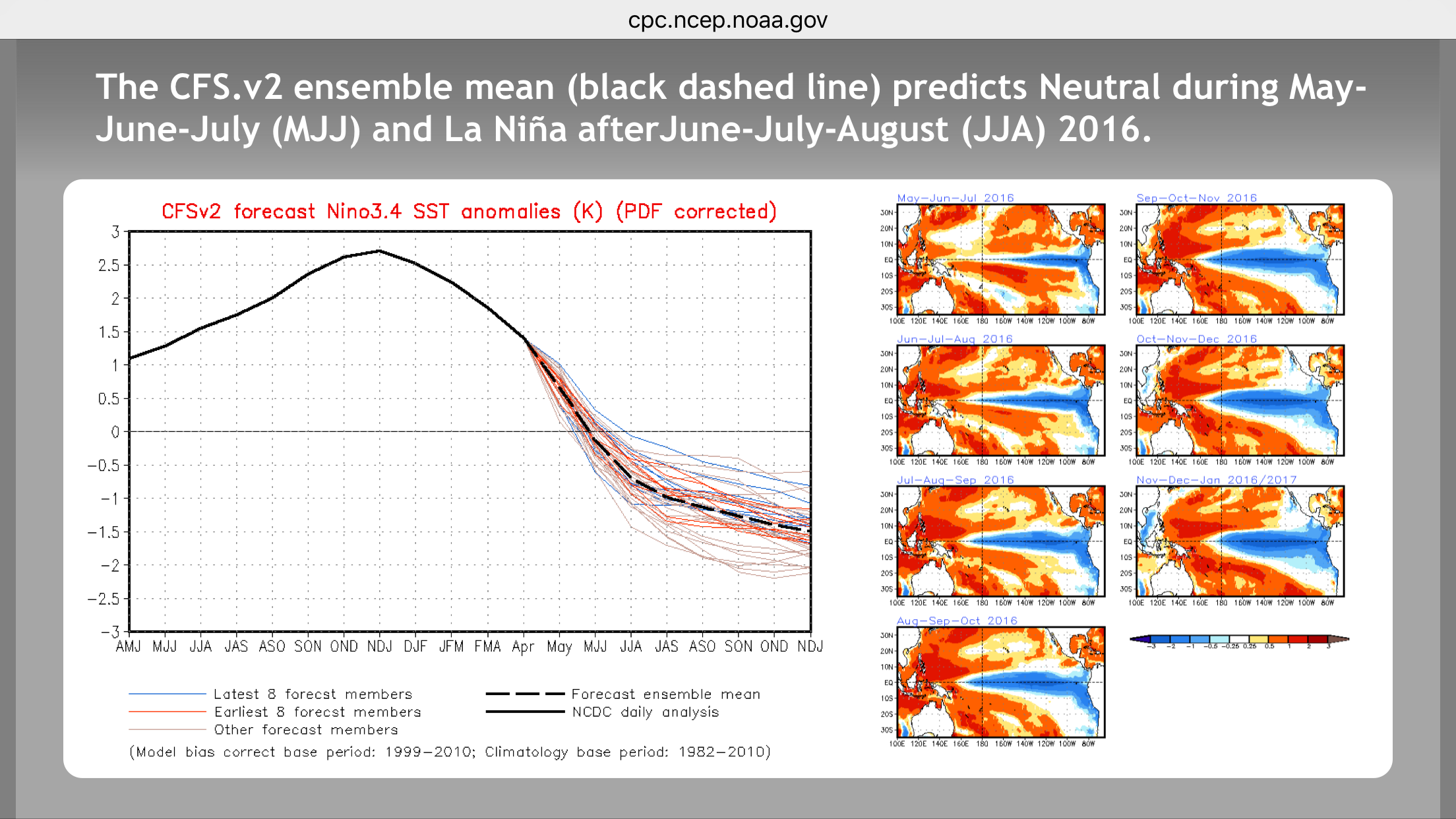 How does the situation look right now and what’s happening?

* The Australian region remains under strong El Niño conditions with the Niña 3.4 region values at +1.3c which is +0.8c above the neutral ENSO threshold.

* El Niño is rapidly weakening with Nina 3.4 region values cooling by 1.1c over the past 8 weeks.

* The Southern Oscillation Index remains in negative values due to the existing El Niño cycle.

* Most areas of the Equatorial Pacific Ocean subsurface temperatures are below average or cooler than normal by between 2c and 4c. These cooler waters are slowly upwelling towards the surface assisting the weakening of El Niño towards neutral and further forecast development of La Niña.

* A negative Indian Ocean Dipole is confidently forecast from July onwards which can increase rain to above average through Western and Southern Aust during Winter and Spring.

* A La Niña WATCH is current from government forecast agencies in America and Australia.

Historically, a La Niña has a high chance of occurring immediately after an El Niño so we are confident this trend is likely to occur in 2016 / 2017. Higgins Storm Chasing will closely monitor global model ENSO and interconnection forecast guidance for changes including the SOI for a response. Further updates will be issued when required.